Naphtha is a general term that has been used for over two thousand years to refer to flammable liquid hydrocarbon mixtures. Mixtures labelled naphtha have been produced from natural gas condensates, petroleum distillates, and the distillation of coal tar and peat. It is used differently in different industries and regions to refer to gross products like crude oil or refined products such as kerosene.

Various qualifiers have been added to the term "naphtha" by various sources in an effort to make it more specific:

One source differentiates by boiling point:

Another source differentiates light and heavy based on hydrocarbon structure:

Both of these are useful definitions, but they are in conflict with one another, so these terms are also sufficiently broad that they are not widely useful. 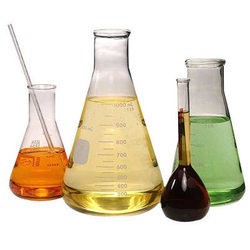