Looking Back to the Future

Energy efficiency is widely recognised as a key option in the hands of policy makers but current efforts fall well short of tapping its full economic potential. In the last year, major energy-consuming countries have announced new measures: China is targeting a 16% reduction in energy intensity by 2015; the United States has adopted new fuel economy standards; the European Union has committed to a cut of 20% in its 2020 energy demand; and Japan aims to cut 10% from electricity consumption by 2030.

In the New Policies Scenario, these help to speed up the disappointingly slow progress in global energy efficiency seen over the last decade. But even with these and other new policies in place, a significant share of the potential to improve energy efficiency - four-fifths of the potential in the buildings sector and more than half in industry - still remains untapped.

Our Efficient World Scenario shows how tackling the barriers to energy efficiency investment can unleash this potential and realise huge gains for energy security, economic growth and the environment. These gains are not based on achieving any major or unexpected technological breakthroughs, but just on taking actions to remove the barriers obstructing the implementation of energy efficiency measures that are economically viable.

Successful action to this effect would have a major impact on global energy and climate trends, compared with the New Policies Scenario. The growth in global primary energy demand to 2035 would be halved. Oil demand would peak just before 2020 and would be almost 13 mb/d lower by 2035, a reduction equal to the current production of Russia and Norway combined, easing the pressure for new discoveries and development. Additional investment of $11.8 trillion (in year-2011 dollars) in more energy-efficient technologies would be more than offset by reduced fuel expenditures. The accrued resources would facilitate a gradual reorientation of the global economy, boosting cumulative economic output to 2035 by $18 trillion, with the biggest gross domestic product (GDP) gains in India, China, the United States and Europe. Universal access to modern energy would be easier to achieve and air quality improved, as emissions of local pollutants fall sharply. Energy related carbon-dioxide (CO2) emissions would peak before 2020, with a decline thereafter consistent with a long-term temperature increase of 3 oC. 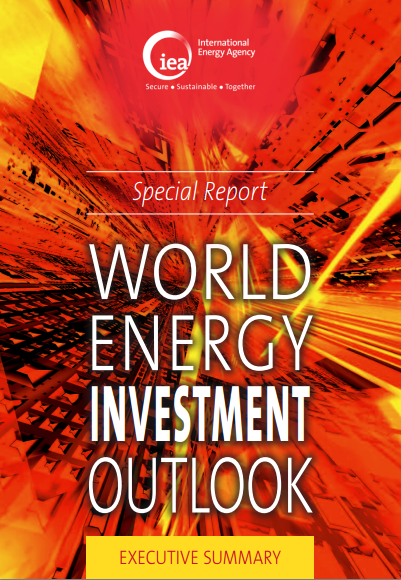